Little changes that will make a big difference 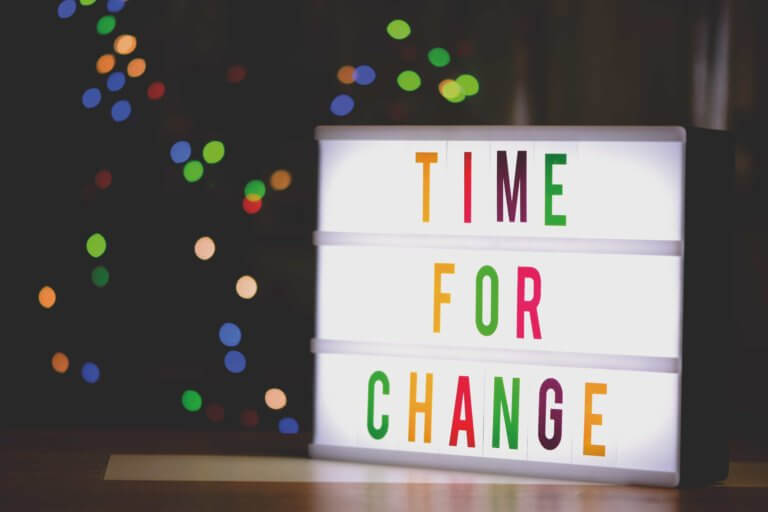 One of the main goals of Bpower2 is to improve enterprises work efficiency. We do our best so that our ideas couldaa help svcompanies in their every-day functioning. Thus, we are interested in the notion of improvement so we make an effort to stay in touch with news in this area. Recently we’ve come across a very interesting article that attracted our attention (http://krolczasu.pl/blog/duza-zmiana-za-pomoca-drobnych-usprawnien/).

We believe that minor improvements can have great power, that is why it is worth implementing them in your life. Bpower2 has numerous functionalities that facilitate organization and planning. Moreover, those functionalities are not complicated.

You don’t have to change your whole life just to get organised. Sometimes it is the small improvements that bring spectacular results. Effective time self-management doesn’t require changing one’s personality, on the contrary, it requires the best possible management of what is available at a given moment.

One of stereotypes of time management is that a well-organized person is always accurate, precise and organised, sounds just like a character from a nineteenth-century novel, doesn’t it? Plans and schedules are boring so only a constant whinger can live with supervision of his watch and calendar. People who need just a little bit of help desperately run away from anything related to productivity and have at least two good reasons:

The Attributes of a good organization don’t mean its productive

There is a common view that effective time management requires keeping a calendar (preferably in several places), thousands of to-do lists and writing down schedules. Meanwhile, ticking off finished tasks, setting goals and planning can become the same form of procrastination as watching TV. Its victims usually have very beautiful planners, calendars, beautifully drawn up plans and they always rush somewhere and enjoy being viewed as well-organized.

After you scrape off that view, it turns out that they’ve stagnated: they don’t have life goals, don’t implement any strategies or acquire new skills. While convincing themselves and others that they’re doing something, they’re always running in circles. On the other hand, there are also people, who at first seem to be chaotic, but they go through life like a storm, achieve their aspirations and still have time to enjoy life. Perhaps their secret is that they see productivity as a useful tool that can be put aside at any time.

Good organization plays a crucial role in life, it’s there to make life easier and doesn’t require re-modelling one’s entire personality. Obviously, there must be some effort put into the process. The implementation of even minor improvements is associated with a certain inconvenience, re-shaping habits and unlearning strongly rooted patterns. However, by introducing small, key improvements, we get rid of the mental barrier. Using the strategy of small steps, we cut a long-term goal into easy-to-achieve stages or we set ourselves not very ambitious resolutions to be implemented from the beginning.

Let’s assume that someone is very bothered by the mess on his desk and computer screen. He is frustrated by the fact that he is constantly looking for documents and nothing is easy to find so he wastes a lot of time on such activities. Thus, he begins to dream of becoming Mr. Perfect. It seems to him that he should clean his apartment to make it shine, just like in TV adds, buy all possible document sleeves and binders in a store, create the so-called “inspiration board”, clean the desk, order the documents, review the contents of kitchen cabinets and iron the socks. The number of tasks is overwhelming and all you really need is a clean desk and computer screen with some space between the icons.

The idea is to locate the critical point where the organization is failing and make a few changes for the better. If the delayed result satisfies us, we can stop there. Our imaginary mess-maker can have relative order in documents, a clean desk, computer screen and mess in the apartment. Mission accomplished.

However, if we want to change something for the better, we can introduce further improvements and stop when they become too overwhelming. Maybe the imaginary mess-maker put the documents in order, cleaned his apartment, sat down on a clean sofa and felt like at a stranger’s house. A clean apartment made him happy, but perfectly clean apartment became scary. Perhaps it’s time to let it go a little and have a little mess. Small improvements can bring great results, but they should not be viewed as a form of personality change. Such improvements shall bring a visible, immediate benefit.

It was no coincidence that I mentioned mess-makers. I was one of them once. Sudden thoughts “today I will fix it” always ended with failures. However, by introducing slight changes and working on my habits, I managed to put myself in order. A few rules that came in handy are:

1. Learn to use the calendar, not only keep it updated, but also check it at the end of the day cause you might forget your dentist appointment scheduled for tomorrow that was planned 2 weeks ago

2. Hang a wall calendar over your desk and mark key dates.

3. Prepare a monthly schedule and hang it in a visible place.

4. Make a priority list and tick off tasks that are done.

5. Try not to leave more than three stickers with notes on your desk. Distracted people often put one sticker on the other to the point where there are so many of them that we just start ignoring them.